Rapid growth in suburban community has not affected its identity

A Castle Rock building that dates back to 1918, the B&B Café, was once the site of an infamous gunfight where a fugitive shot and killed the Town Marshall. A bullet hole from the gunfight can still be seen in the café’s tin ceiling, reminiscent of Castle Rock’s rich western history.

The streets of Castle Rock are lined with historic structures with stories of their own about the “Old West.” Thanks to careful planning and thoughtful design guidelines, the surge of rapid growth in this once quiet town, Castle Rock’s identity and character won’t be lost in its newfound wave of popularity.

As stated in Castle Rock Design: "Guidelines for Design and Development in the Town of Castle Rock, the challenge facing Castle Rock is how to balance growth and development with the desire to maintain the small-town charm, feel and character of the Town. It is in Castle Rock’s social and economic interest to preserve, promote and build on the Town’s distinct visual and historic character and its architectural traditions, yet provide for growth with a desirable mix of architectural styles, forms and materials."

Design guidelines are essential to encourage development where design quality, building character and use are critical elements in the successful and suitable growth of a community. Founded in 1874, Castle Rock is a unique community that blends historic structures with new buildings in a way that is further enhancing the town’s stunning physical setting. It is a major point of community pride and the design guidelines have helped to encourage harmony with the town’s historic character.

Early buildings, built out of locally quarried stone and wood, reflect the simple architectural styles typical of Colorado in the late 1800s and early 1900s. There was minimal ornamentation and the modest size of homes fit the budgets of the locals, many of whom were ranchers and farmers.

Within the Town of Castle Rock, there are more than 20 buildings designated as local landmarks and there are five buildings on the National Register of Historic Places, all of which reflect a simple architectural heritage. They include the Denver and Rio Grande Railroad Depot (circa 1875), the Hammar House (1881), the Cantril School (1897), the Keystone Hotel (1901) and the First National Bank of Douglas County (1904).

All these structures are protected and have withstood growth and change during the past 120-plus years. In 1930, Castle Rock’s population reached 478 residents;  The current population is approaching 70,000, which is why the continued evolution of design guidelines for the town has been critical for maintaining the look, character and appeal of Castle Rock.

Within the past year, the Town of Castle Rock approved the 2030 Vision and Comprehensive Master Plan. The Vision outlines the building blocks of the community through use of Four Cornerstones:  Distinct Town Identity, Responsible Growth,  Community Services and Thriving Economy.  Each of the cornerstones provides guidance to the community and its decision-makers.

The Comprehensive Master Plan gets more specific. The plan establishes goals to enrich the fabric of our community and help us achieve our Vision:

• Plan for and act to manage the impacts of growth

• Protect and enhance the natural environment

• Focus on quality development and seek out and encourage great projects

• Maintain a high quality of life for the residents and businesses

• Create a regulatory environment based upon goals, values and fairness; all to assist with economic development.

While much of the focus of downtown has focused on new development, it is important remember the recent investment has chosen for Castle Rock because of its well-established business district, that is recognized for its unique and charming independent businesses, as listed below:

THE BARN: This “antique mall” has been in Castle Rock for 20 years. They sell home goods and specialty items in a charming and quaint historic barn in the heart of downtown Castle Rock.

SIENA RESTAURANT: Opened in 2012, this Italian restaurant has a large courtyard patio in the downtown core.

1 STOP TIRE + AUTO: Opened in 2007, this auto shop is a one stop for tire and auto service located in the heart of downtown Castle Rock. The shop is also the unofficial social hub of downtown.

BENNINGTON MERCANTILE: Bennington Mercantile has been family-owned and operated since 1994, and is the oldest business still operating in downtown Castle Rock. The store was established in 1902, and the Benningtons are just the eighth owner in 112 years.

CROWFOOT COFFEE + CROWBAR: This is a locally owned and operated coffee shop and bar, started in downtown Castle Rock in 1999. They roast their own coffee beans and rotate craft beer every month.

COPPERFALLS SPA: Opened in 2000, this locally owned and operated full service spa and salon operates in the heart of downtown.

THE SKIN COMPANY: The Skin Company is a locally owned and operated boutique medical spa located in the heart of downtown Castle Rock. Established in 2004, The Skin Company offers a variety of results-oriented products and services using cutting edge technology.

As long as new development in downtown Castle Rock stays true to design guidelines, the ongoing mix of historic structures and existing businesses will help the entire town to continue to thrive for years to come.

Kevin Tilson is the director of the Castle Rock Economic Development Council. 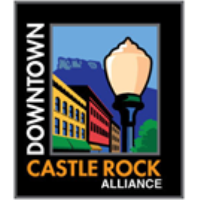